We arrived in San Miguel De Allende around midday on the 31st October; the first day of the main three-day celebration of Day of the Dead. We dropped our bags at the hostel (super average, no social atmosphere at all - more a hotel that has randomly decided to lob in a shared dorm) and headed out to explore. SMDA is another extremely pretty and colourful old colonial town. In that respect it's similar to Guanajuato. But in reality it felt like quite a different city - the shops seemed much more upmarket and "elite", food and drink cost maybe 50% more and there were a lot of older Americans. So, I guess those were the negatives, but we still had a lovely time in SMDA and being in Mexico for Day of the Dead was a brilliant experience. 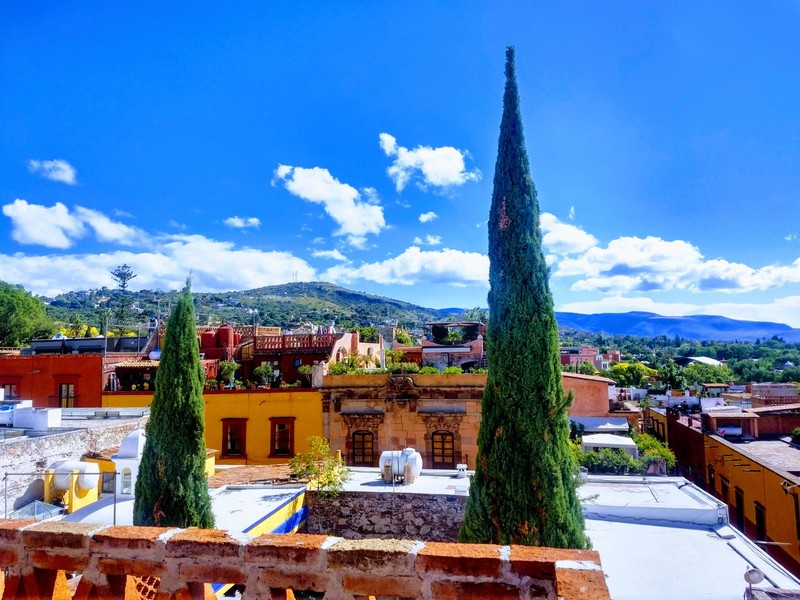 The view from our hostel terrace - but bizarrely there were no seats up there so you couldn't even use it!

There were lots of set events put on for Day of the Dead, but a lot seemed aimed at the American tourist crowd and were paid events. Instead, we just enjoyed wandering around the town and stumbling across lovely events, enjoying all the colour and decorations and just soaking in the buzzing atmosphere throughout each evening.

On the first night we sat in the main square, eating esquites from a street food stall (boiled corn in a cup, stacked with mayonnaise, cheese and chilli powder, then repeated). The square was full with hundreds of families taking their children out in amazing costumes carrying buckets for sweets. We had one or two children come up to us and ask for sweets, so we decided to go to a vendor and buy a pack of sweets. Well... before I could even hand over the money we were surrounded by about 20 children holding their buckets out!! I think we ran out of sweets in about 3 minutes - and it was a big old pack. It was really cute though and tickled us for a long time. 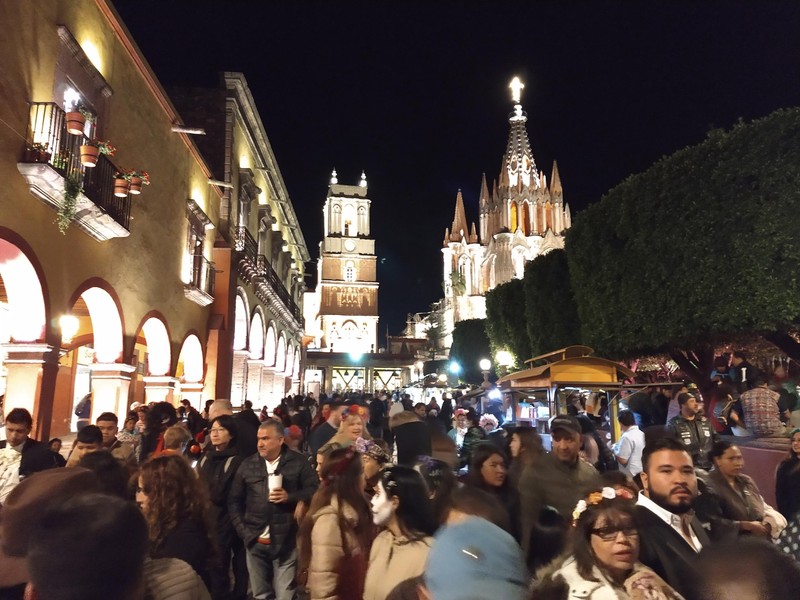 The main square on the first night

Over the next two days, we just followed a similar pattern of wandering around the town, sightseeing and stumbling across amazing ofrendas, parades and free shows. I know I said it before, but the colours were just amazing. I think the culture here around death is a much more positive and healthy attitude than the traditional attitude back home - trying to celebrate the life of those we've lost rather than just mourning them. 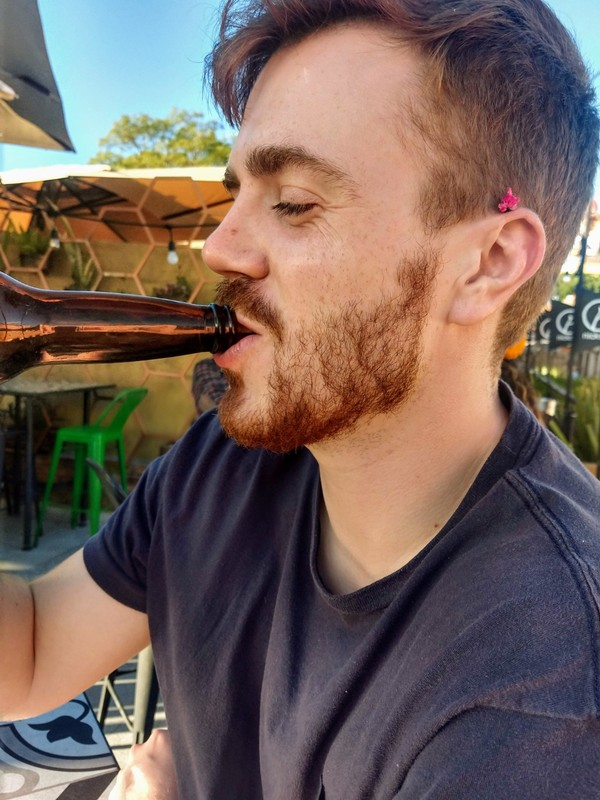 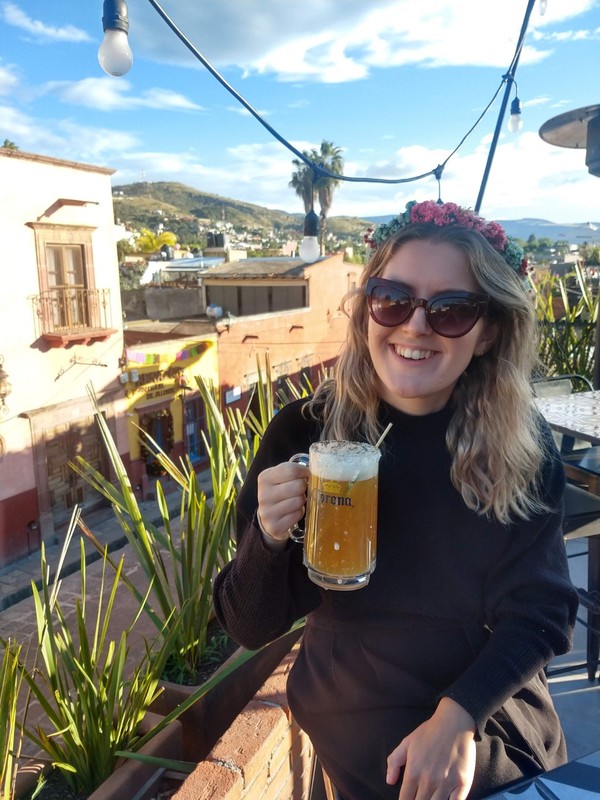 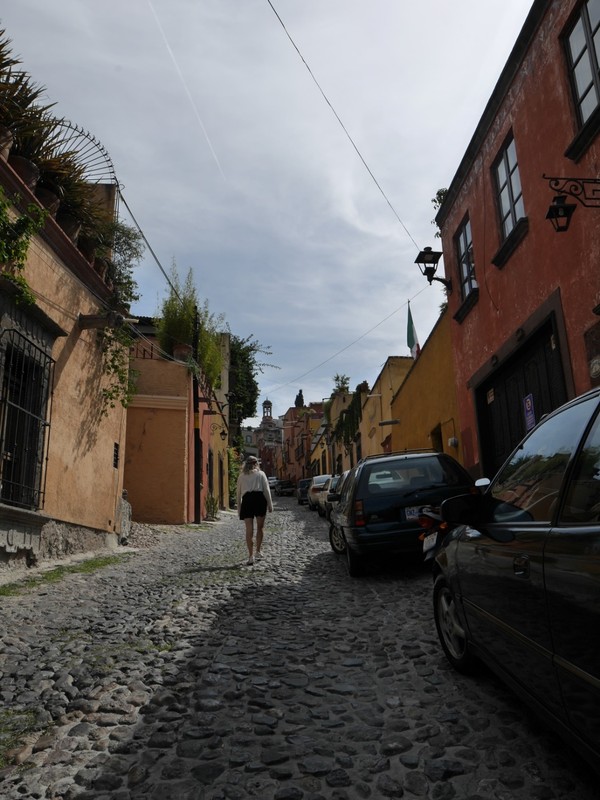 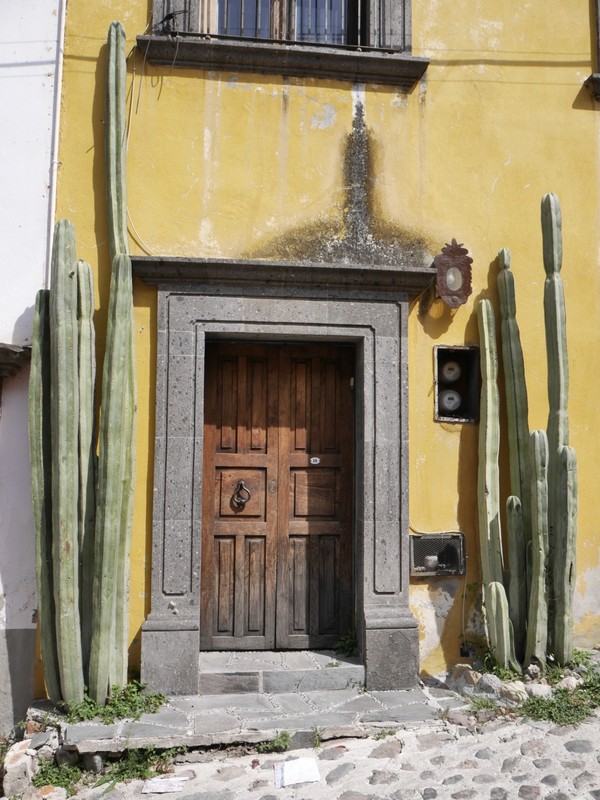 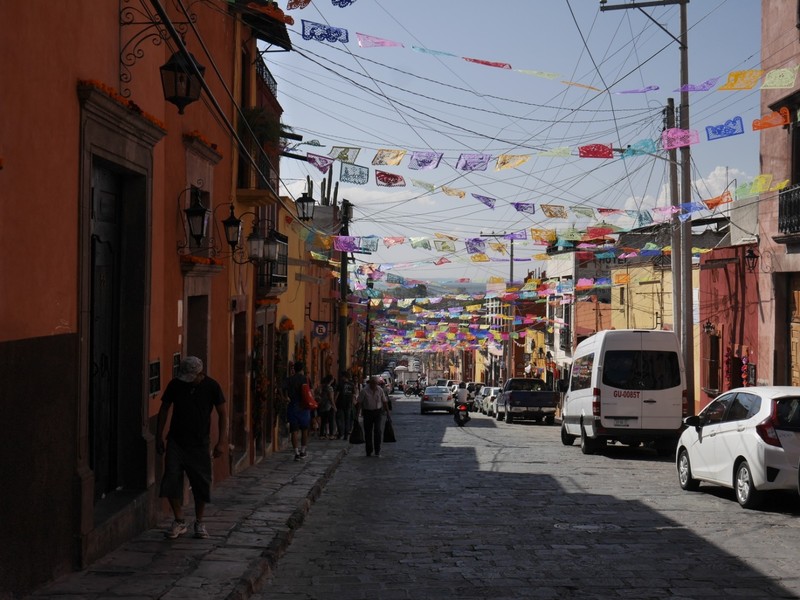 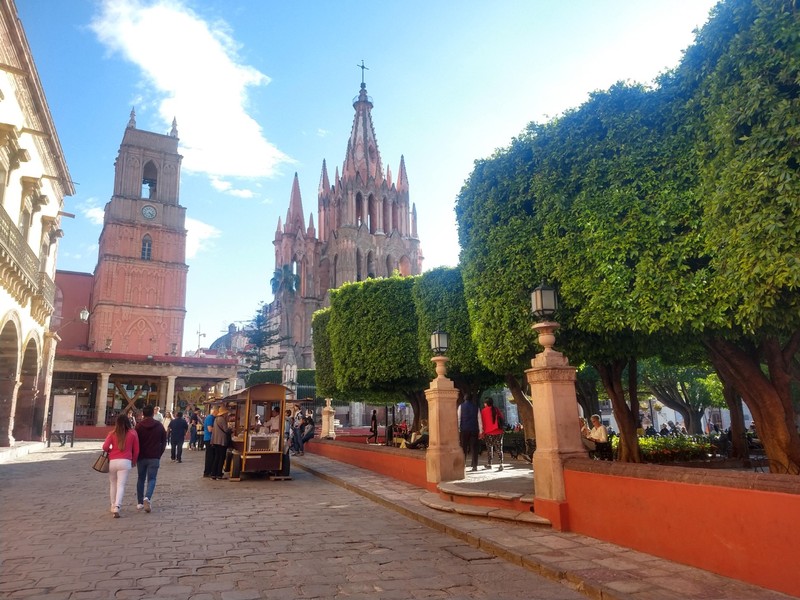 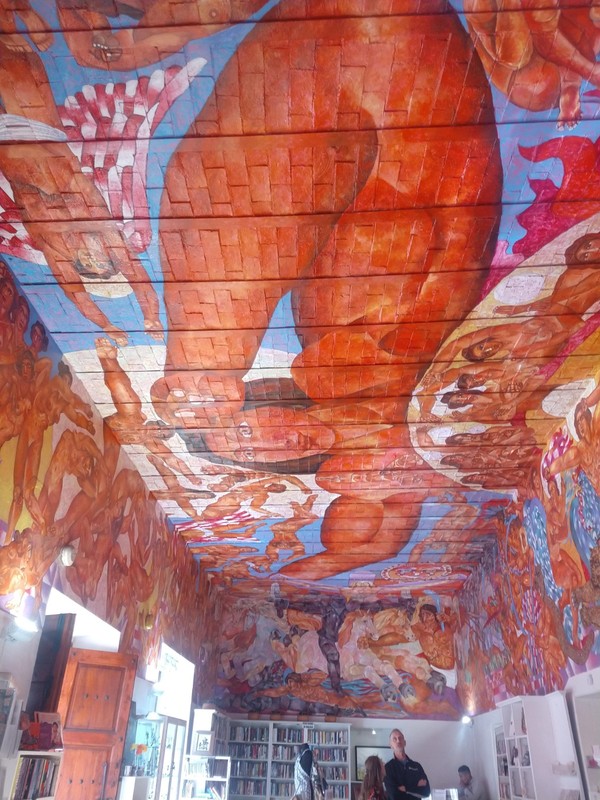 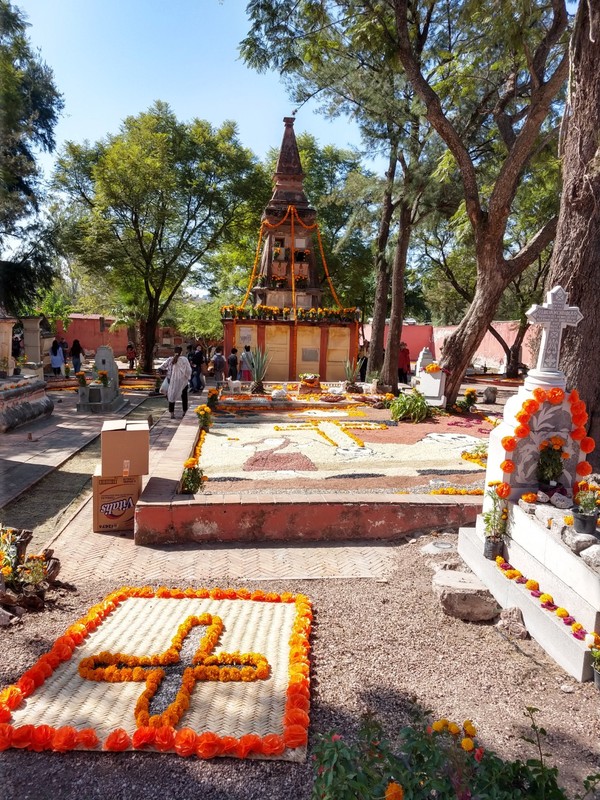 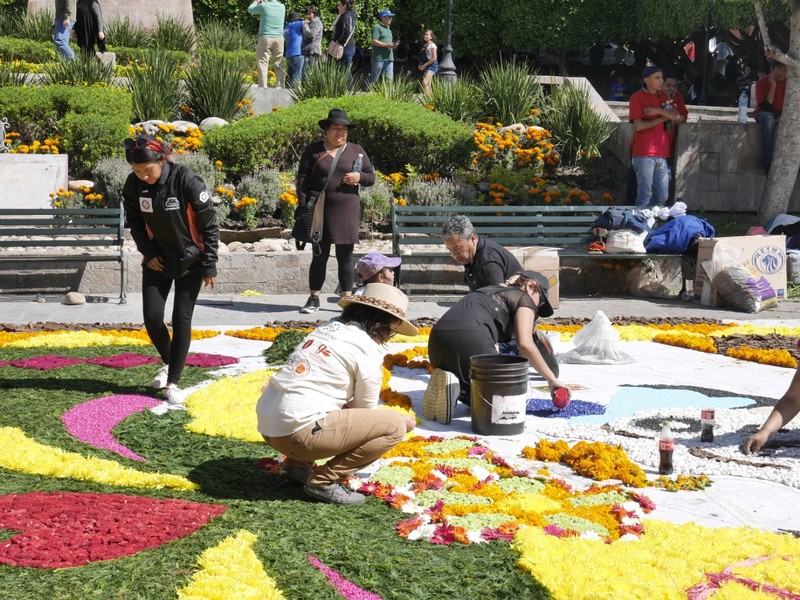 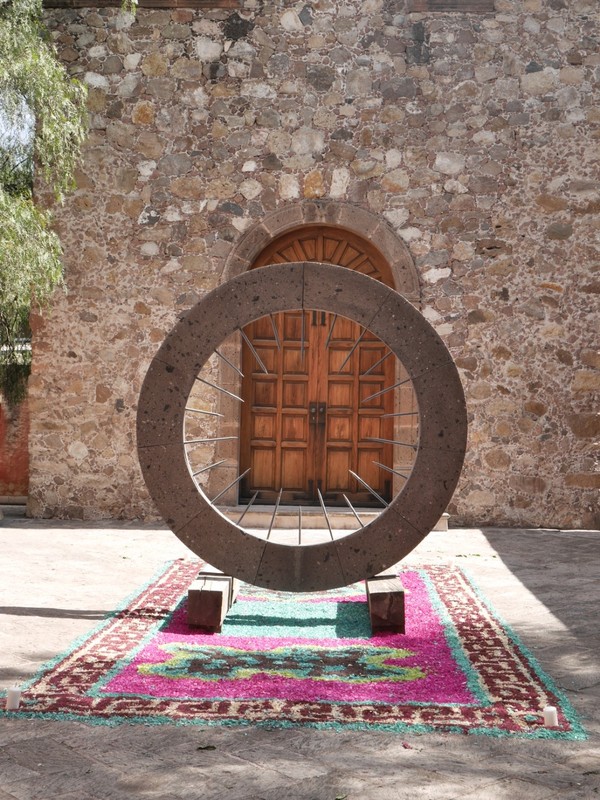 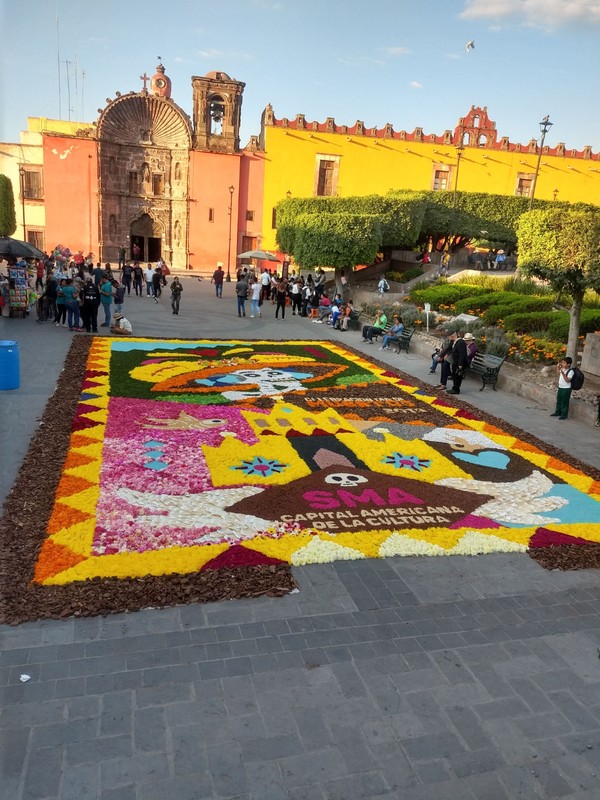 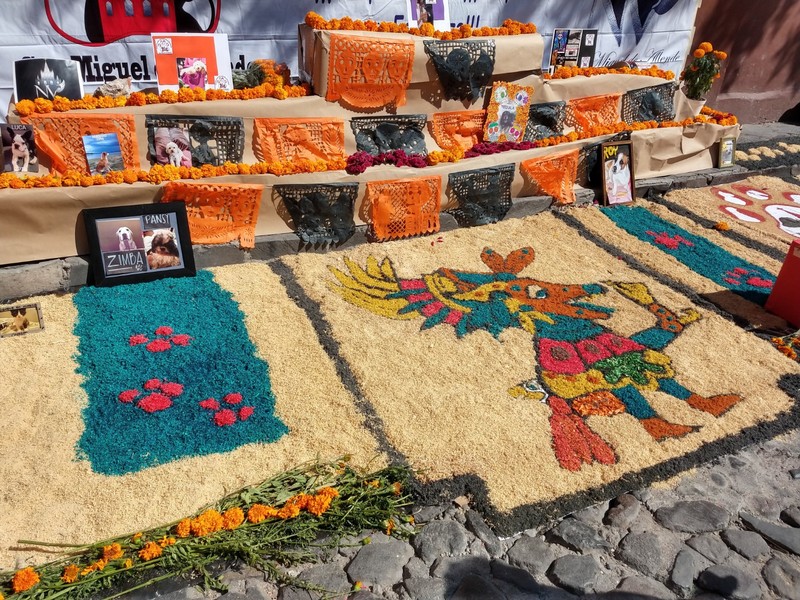 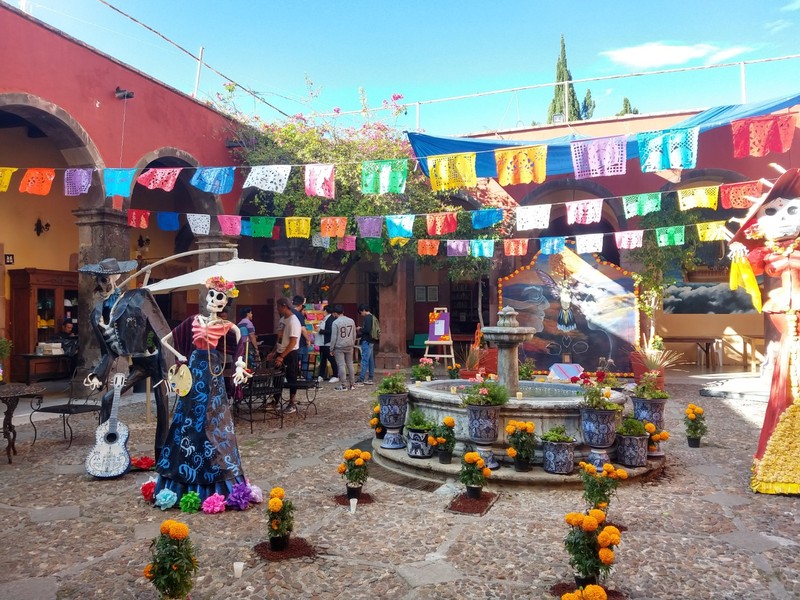 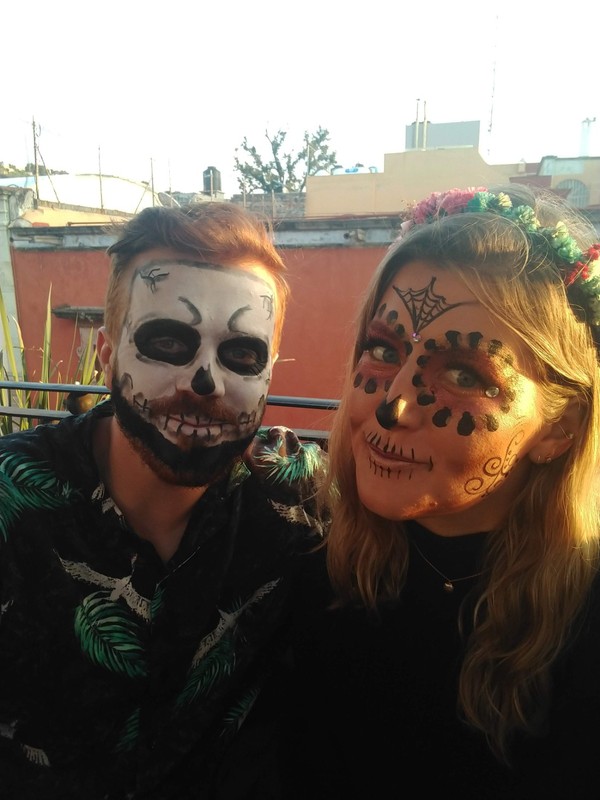 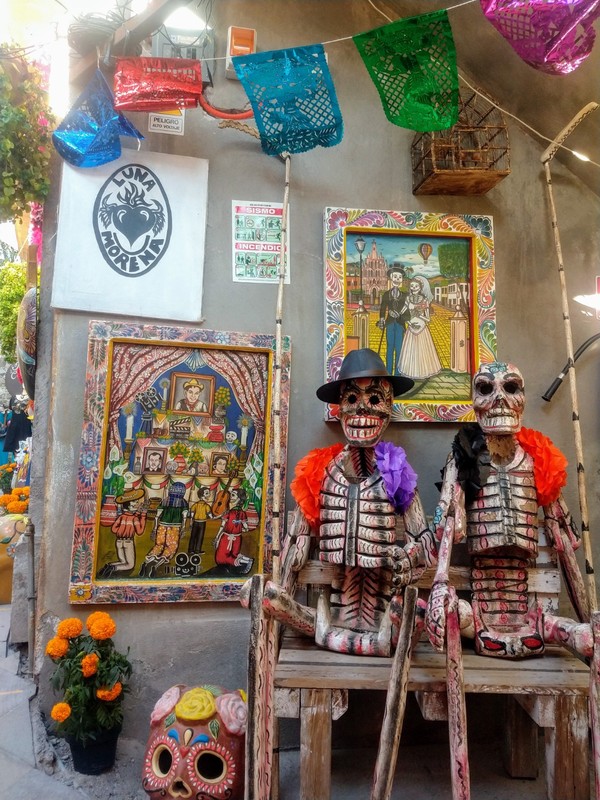 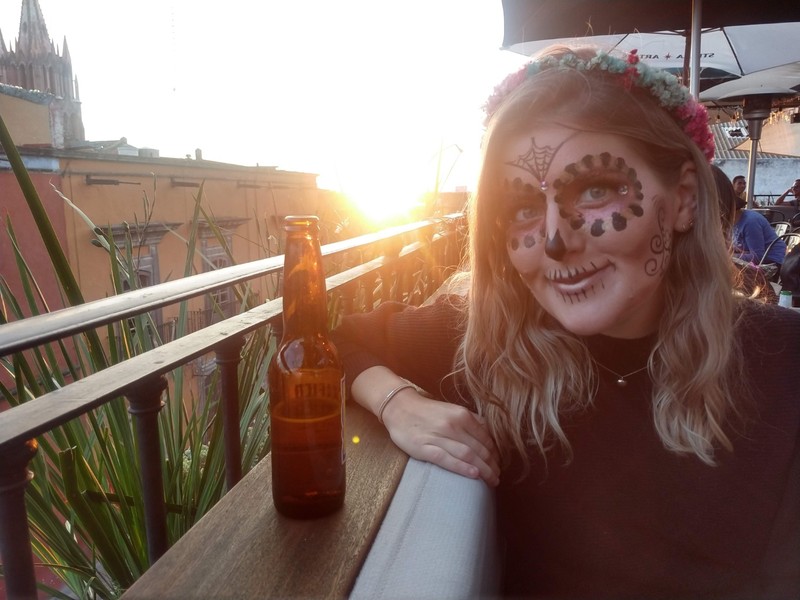 I need to also quickly mention the Baja Fish Taco restauarant - we went here on the second day and had some unbelievably delicious fish tacos. Rachel is now addicted and spends roughly 70% of each day thinking about fish tacos. So obviously we went back the next day. I think we will have to be keeping our eyes out for fish tacos from now on. Also, on a final food note, we had one of the best cakes of our lives at Lavanda cafe - guava and dulce de leche cake - mmmmmmmm! The cafe itself was stunning - huge plants growing through it. Again we went there twice in two days - woops... 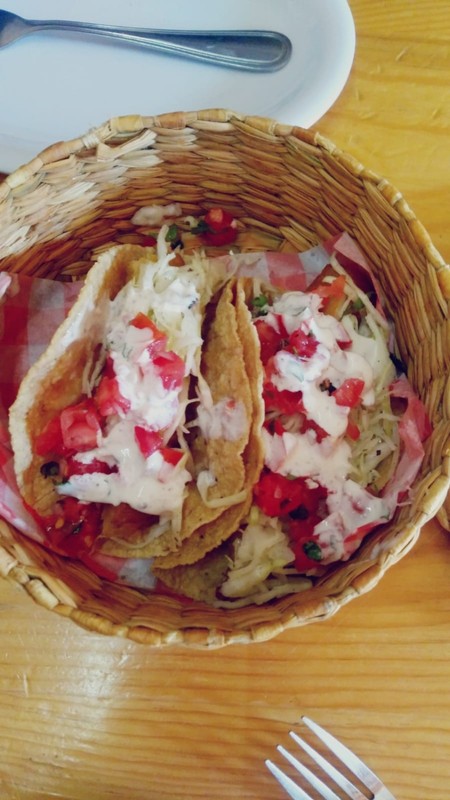 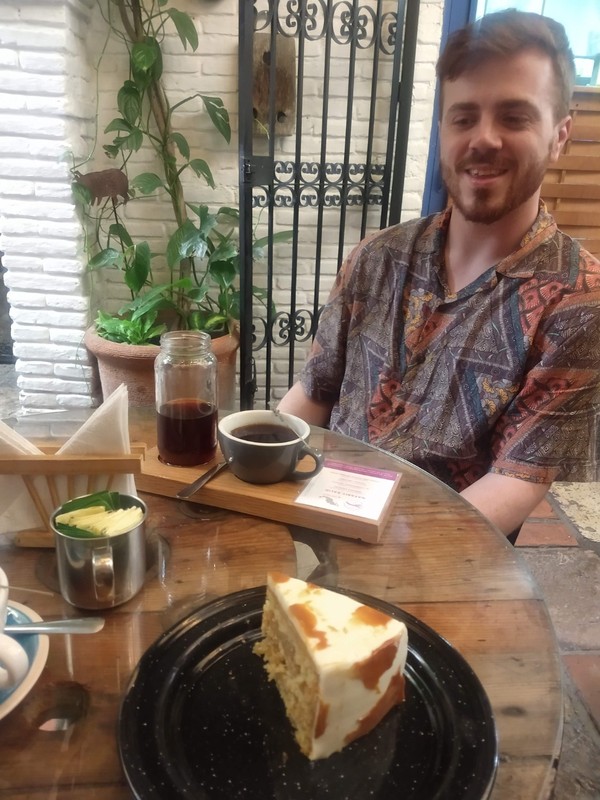 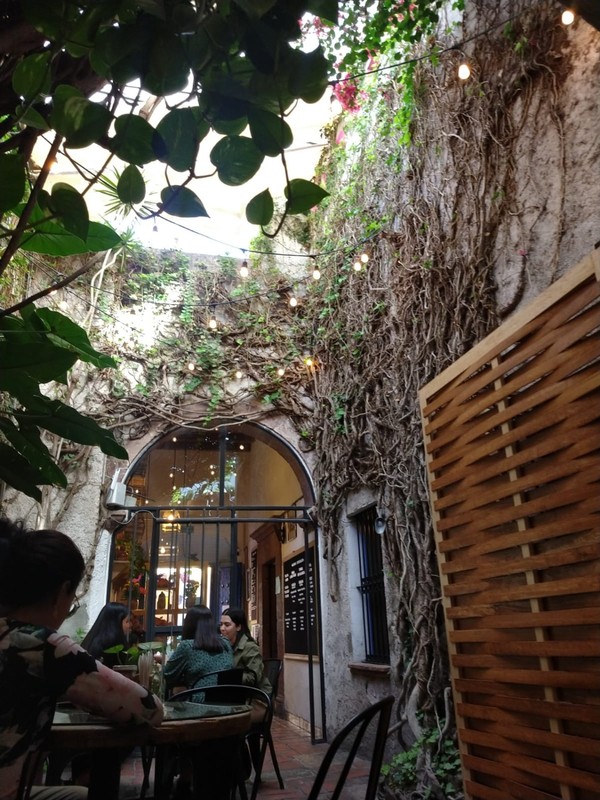 After 3 days, and with Day of the Dead drawing to a close, we felt that we had kind of run out of things to do in SMDA (and were looking forward to having less retired Americans around). Onto another bus - and back to Mexico City to stay with Georgia.

Posted by joe90mitch 12:59 Archived in Mexico