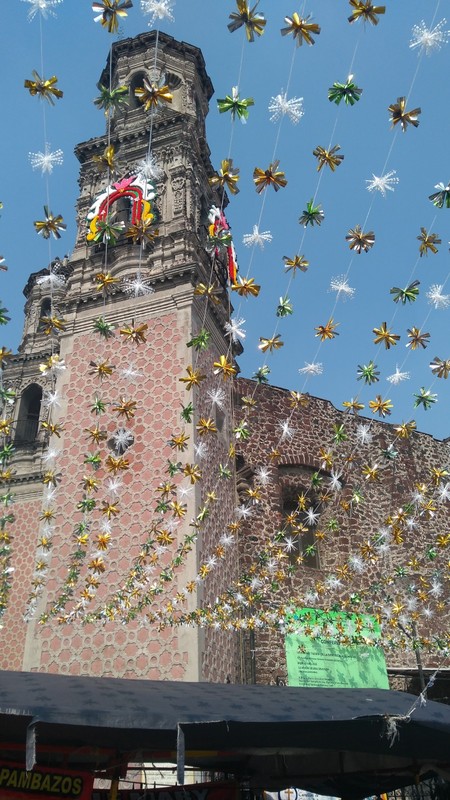 Hour zero - I had spent the entire flight from Miami with chest pains and trying to convince myself I wasn't having a heart attack (I wasn't). I guess anxiety, that wild beast, had kicked in for some reason and I swear that my left arm felt heavy and I was dizzy. Who knows what was going on (I'm fine), but on the other side we made it through immigration and baggage and stumbled our way through asking a taxi operator for the hospital. She then drew the attention of a staff member, who then took me to a parked ambulance (!!). So an hour into Mexico and I was laid down being seen by a Mexican doctor in the back of an ambulance.

Fortunately, he ascertained that nothing was wrong and just told me to relax. Great - we could follow that order. Off the back of that, you might think the next 2 paragraphs are a pisstake - I promise you it is not.

We get a taxi to the hostel (DF Suites - brilliant) and get to our room. We meet one of our roomies, who tells us a big Day of the Dead parade is beginning in 20 minutes. Oh shit!! So we drop all our stuff, grab what we need and dive out. Rachel has bought a can of Corona. She asks me " do you think we can drink this on the streets"? As we're sprinting out of the hostel door, I just hurriedly exclaim "I'm sure it'll be fine". It was not fine.

About two sips in, two police officers swoop in on bicycles. So begins a broken conversation between Google translate on our phones. At first it seems she is telling us that it's illegal (it is) and that the courts are the only option. Rachel breaks down in tears, I do my best to ask more... About 15 minutes of back-and-forth later, she tells us we can pay a fine of 1700 Pesos.

So, 3 hours in and we've had an ambulance trip and almost got arrested. I half expected the hostel to burn down overnight so we could tick off all 3 emergency services.

Anyway, once our tourist naivety was over, we actually had a great 2 days in Mexico City. That night we witnessed a parade in the downpour, followed by our first tacos in a little local bar right next to the hostel.

The next day, we walked to the Anthropology museum. Well, I started us walking in the wrong direction for 30 minutes, so we went back to the hostel and ordered an Uber an hour after we'd originally set off (I promise our whole trip won't be a comedy of errors - I think...). The Anthropology museum was excellent; huge, informative and very well laid out - so much information about the cultures of Mexico throughout history. Absolutely beautiful pieces also.

After that we walked back to the hostel - meant to be 1 hour, but took us twice as long as it was the route of a huge Day of the Dead parade taking place later. There must have been hundreds of thousands out that day! The whole city was buzzing. When we got back to the hostel, it was just kicking off. So we rushed out to see it (admittedly from about 30 people back). A real treat to be timing our trip with these celebrations.

Later that evening we went on a Lucha Libre trip to see some Mexican wrestling. There was myself, Rachel and two guys from Birmingham that we were sharing a room with - Rups and Rav. The four of us had a great evening, led by Daniel from the hostel. We got absolutely drenched on the way to the wrestling, but it was worth it - a completely different experience to anything we'd done before. I think we drank our own body weight in beer and mezcal that night - or at least Rachel says that I did. Apparently I was forcing everyone to keep playing Uno at the end of the night and have more beers. I regretted it the next morning. 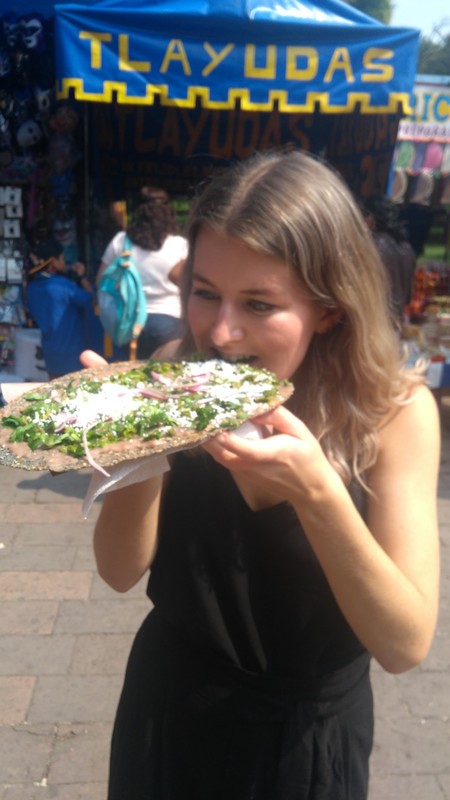 Rachel enjoying a Tlayuda outside the Anthropology museum 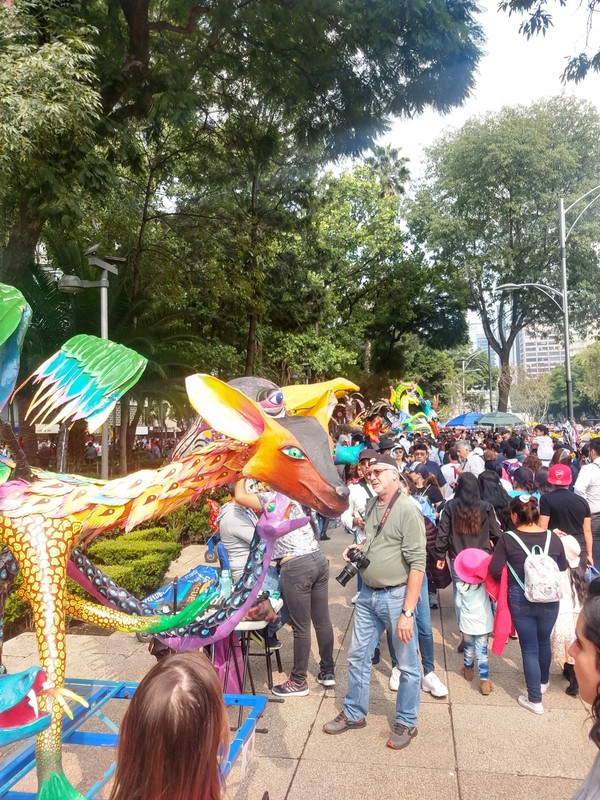 The streets during the Day of the Dead parade 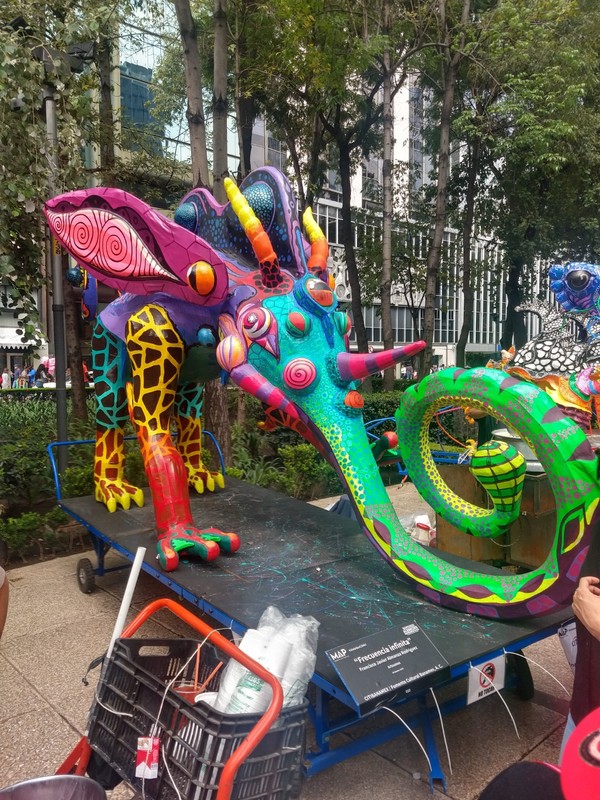 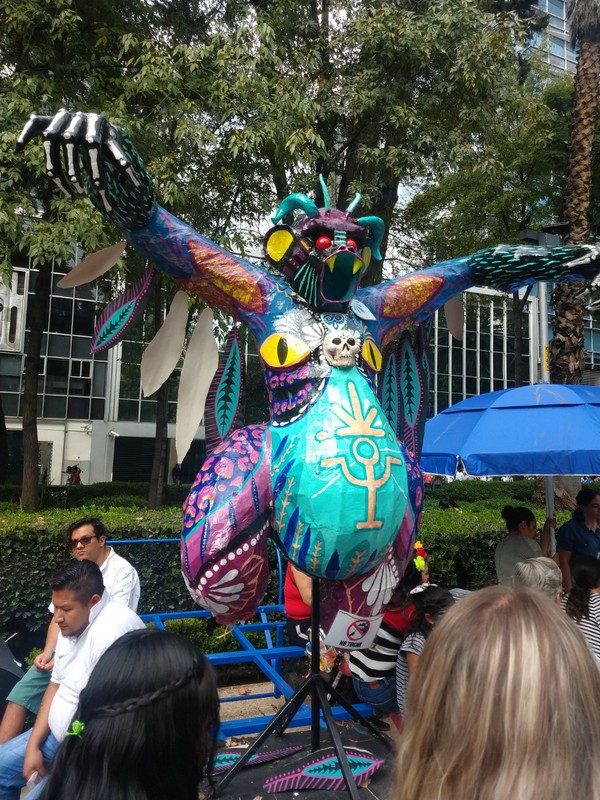 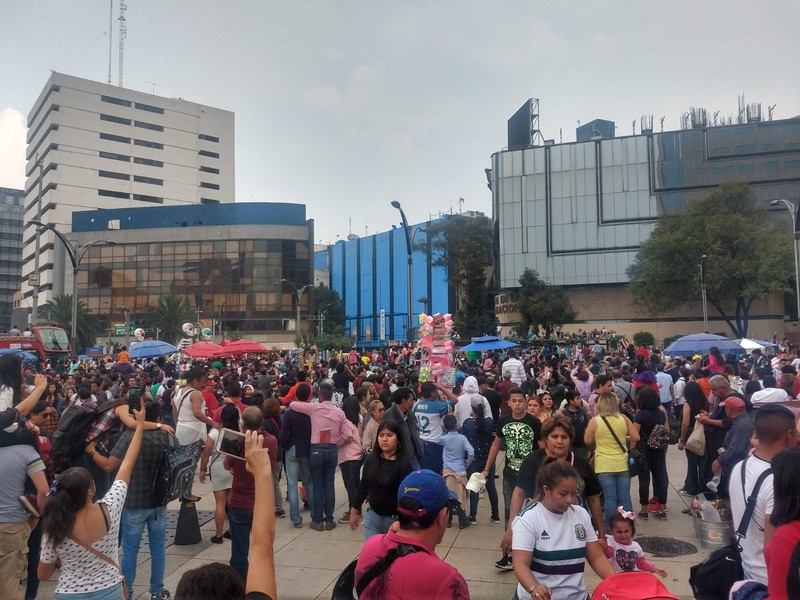 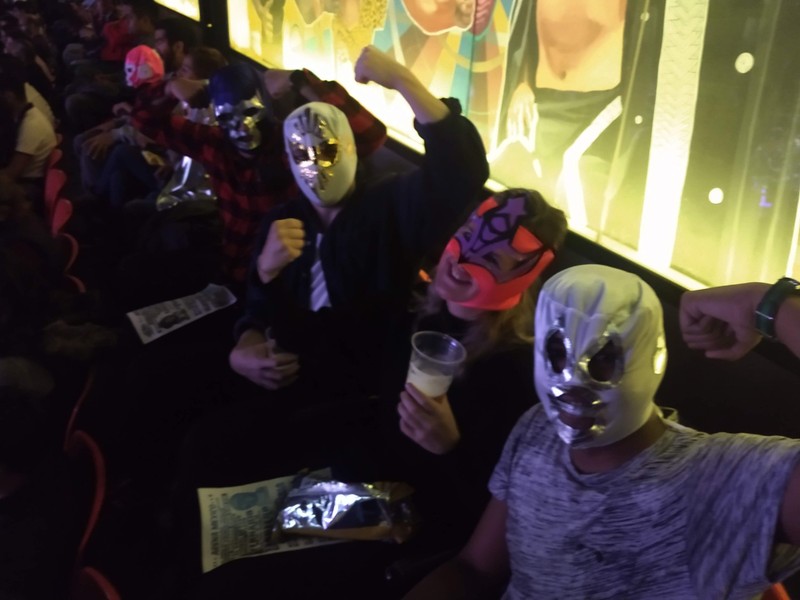 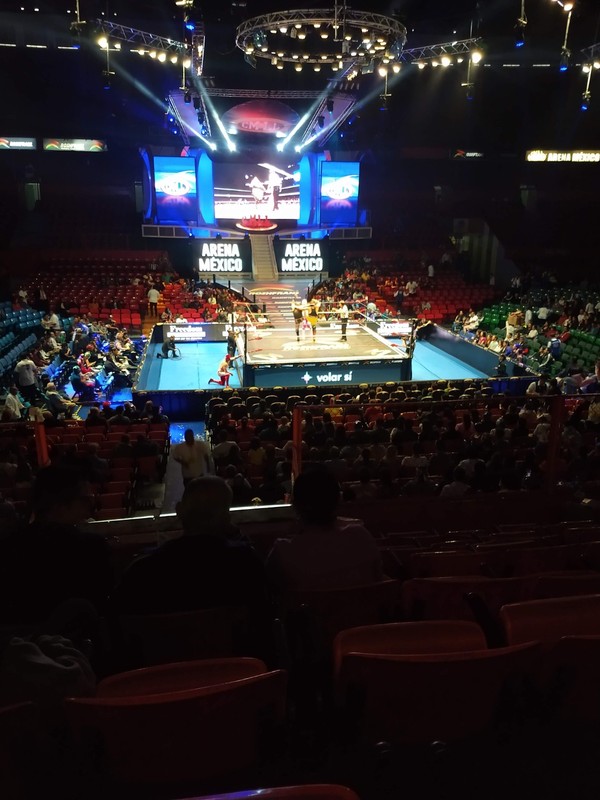 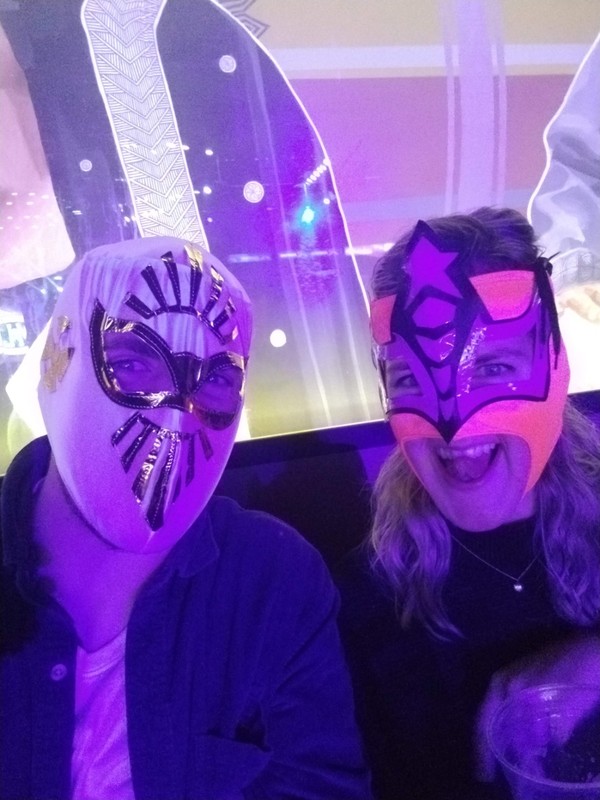 So - an interesting (...) and varied 2 days in Mexico City! The city seems super vibrant and alive, with lots to do to keep you interested. We'll be back in a week, to stay with Rachel's best friend Georgia who moved here in Summer. But, before then - Guanajuato and San Miguel De Allende...

Posted by joe90mitch 16:42 Archived in Mexico